Wyoming Where I Belong

the story behind the Song 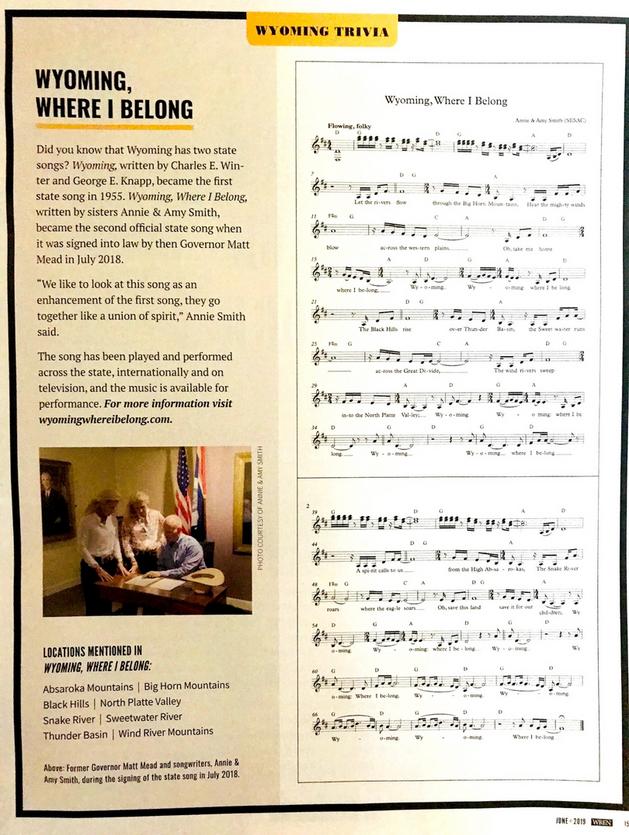 Article in The Wren Magazine  by Kelly Douglas

In 2001, Annie & Amy signed a recording/songwriting contract with Warner Bros. Records while living in Nashville. Established their publishing Co. AAI Music Entertainment and toured all over the world headlining on USO Tours and Cruise Ships. They performed for five U.S. Presidents, including Ronald Reagan. Other dignitaries including The Former Ambassador  to the Vatican, and The Ambassador to Vienna, Austria. They also performed for celebrities ie, Clint Eastwood,  Robert Redford, jimmy Stewart, and Bob Hope. Shared the Stage with Trisha Yearwood, Faith Hill, Charlie Daniels, Ricky Skaggs, Kenny Rogers and Broadway greats John Raitt and Florence Henderson.

While living in Los Angeles, Annie and Amy were featured on National Television Commercials ie: McDonalds, Heineken and Microsoft. They also Appeared on Good Morning America, 60 Minutes II, and PBS.

it helped them rediscover their home Wyoming and their family heritage. Wyoming is a special  place with special people. The song is a gift to Wyoming and proceeds procured by the State belongs to Wyoming.